When we were researching which safaris to do in Tanzania I really wanted to go to the Ngorongoro Crater.  I thought it would be a scene out of Lion King with all the animals running around and it would be quite lush.  It turned out to be quite different – a bist sparse both in animals and greenery.  Even though I enjoyed my time in the crater I definitely enjoyed the Serengeti a more. 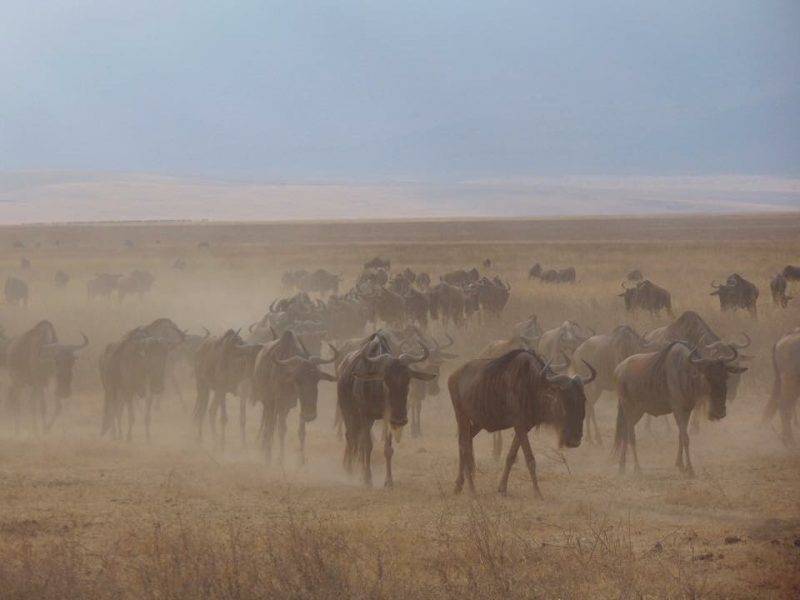 Ngorongoro (pronounced kor-on-go-ro) means ‘sound of the cow bell’ and its name was given by the Maasai people.

There are parts of the crater that are swamp/marsh land and lush and green and this is where the hippos are located.  They are such a funny animal to watch.

The crater has four of the big 5 everything except the leopard as there aren’t many trees.  Our guide said there are a few leopards around the rim of the crater.  We saw elephants, lions, cape buffalo and three rhinos in the crater.  It was a pretty successful day.

We saw so many lions in the crater. They are such lazy creatures but that’s a bonus because it allows you to watch them for ages while they rest.
I definitely want to come back to the crater but next time right after the rainy season so I can see it all lush and green.