I was lucky enough to stay at the Palacio Duhau in Buenos Aires.  It is a five star hotel that pays attention to detail and also has an amazing history. 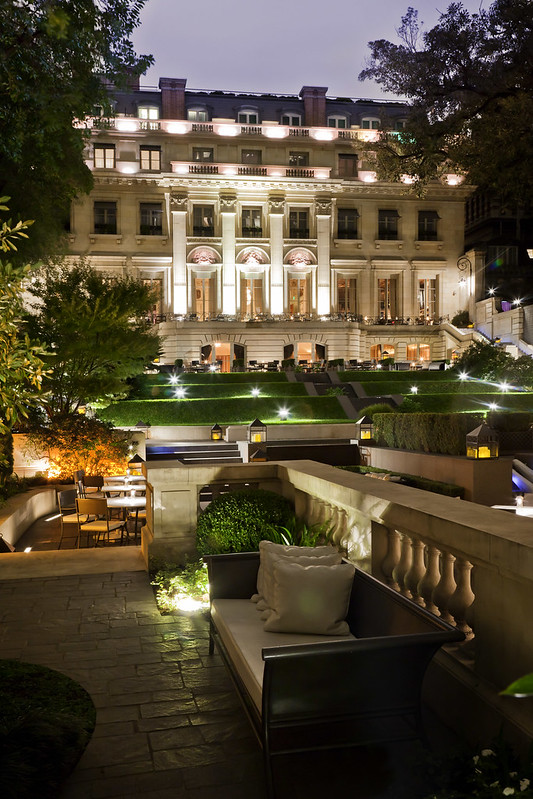 Palacio Duhau is part of the Park Hyatt chain and is a restored Palace in Buenos Aires.  The Palace dates back to 1934 and a newer modern building has also been built on the property with the gardens in between and an underground walkway.

The Palace was built by Mr Duhau on the Alvear Avenue, one of the most elegant roads in all of Recoleta which is an affluent neighborhood of Buenos Aires.  Mr Duhau commissioned a French architect to build the Palace.  In 2002, the Palace was declared a National Historic Monument.

The restored Palace is one of the few remaining palaces in Recoleta representing the exclusive aristocracy and it is beautifully decorated. 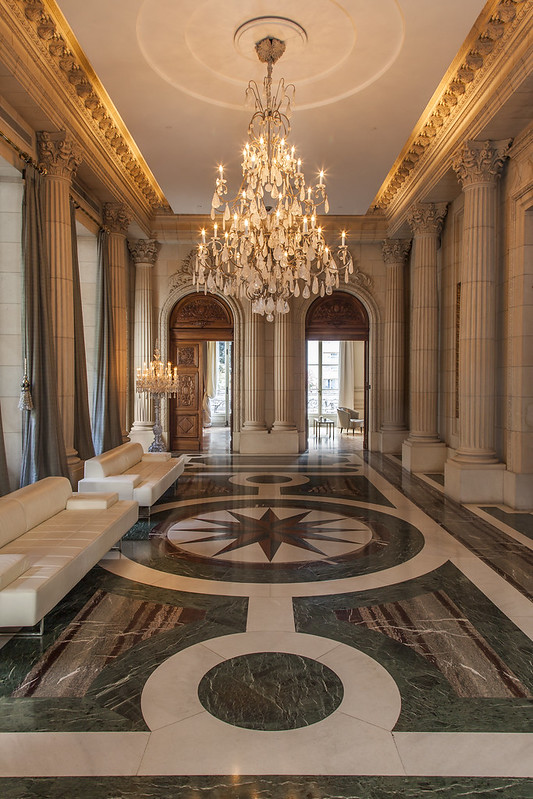 From the gardens to the pool to the art gallery in the underground walkway this hotel has it all including a Cheese Room and a patisserie.  You must try the coconut macaroons with dulce de leche filling.

One of the things I like about the restaurants there is that all of them had a patio overlooking the gardens.  I was able to have lunch at Goio which is the italian restaurant in the hotel.  We were able to eat outside and enjoy the beautiful day next to the water fountain.

For the first course we had the salad buffet and everything served at the restaurants in made on premise including the bread.  Next I had the fish (I had to make up for having too many steaks!) and for dessert it was a toss up between the tiramisu and the chocolate dessert.  Of course the chocolate dessert won.

This hotel is so beautiful I do not think I can come up with the words to describe it.  I just hope the photos do it justice because it really is an amazing place to stay.

Many thanks to Palacio Duhau Park Hyatt for sponsoring my stay in Buenos Aires. Like always, all opinions are my own.