A weekend in Brisbane Australia to see Adele!!!

This past weekend I went to Brisbane to see Adele. It was such an amazing concert and Brisbane wasn’t too bad either!

We decided to go see Adele in Brisbane Australia instead of Auckland because we were afraid tickets would sell out in NZ. Plus the tickets for the Brisbane show went on sale first so if we missed out we could still try for Auckland. I’m so glad we got tickets to the Brisbane Australia show first as it was an amazing concert and we were able to do a bit of shopping as well before my big South America trip. 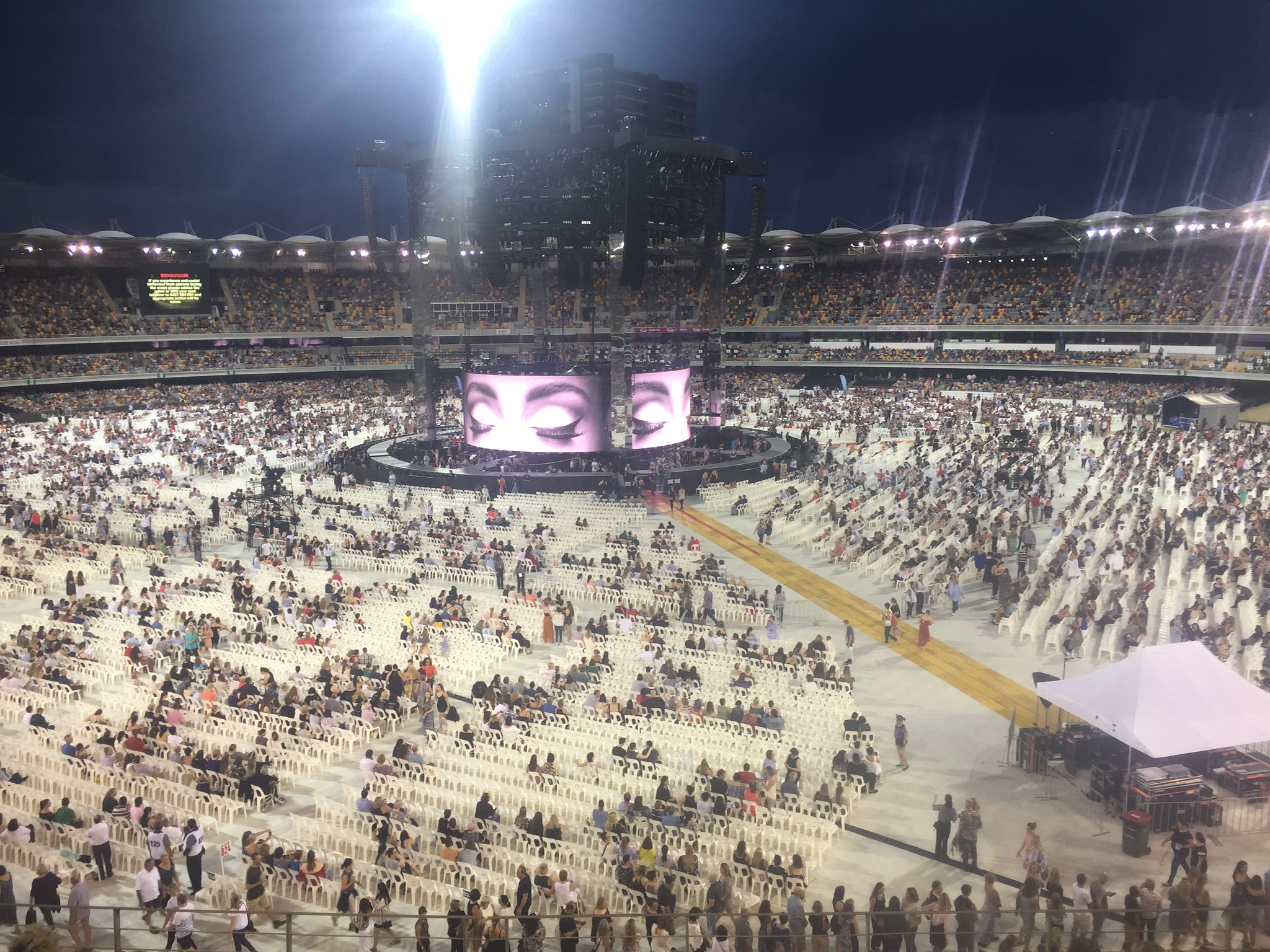 Basically in New Zealand there is not much choice for taking a ‘weekend trip’ somewhere. Outside of Australia and the islands everything is a 12 hour flight and you wouldn’t go to the islands just for a weekend so that leaves Australia. We flew from Wellington to Brisbane on a Friday afternoon flight and arrived at 5pm local time since they are three hours behind. We took an uber from the airport for $26 to our Airbnb. It was one of the few places we found that had two beds in one room. We settled in and then figured out where we wanted to eat that night. We did a loop which took us along the river and then to Chinatown for some dinner. I know everyone says that Australia is an expensive place but right now the exchange rate between the kiwi and the ozzie is quite good so we were ok with the prices. However when our food came we were disappointed as the quality of the food was not as good as we are used to in New Zealand.

So our dinner was ok and we were exhausted so we went back to the Airbnb and chilled and fell asleep early. Saturday was going to be a big day and we wanted to be well rested.

On Saturday morning we knew we wanted to go shopping, have a rest, get ready for the concert and then get to concert. We had plenty of time so we headed to the Queen St Mall. Oh my goodness this mall is amazing. That’s not really saying much as the shopping in New Zealand is abysmal. So my first stop was Target to pick up some goodies for my trip.

Six hours later and countless shops we had shopped till we dropped and it was only about 3pm. So we decided to have lunch at a Chinese place which was much better than the night before but still not up to our standard. And $70 for lunch is just crazy in my opinion but at least we had leftovers for after the concert.

We were really lucky with our Airbnb location and getting to the Gabba. I think it took us 10 minutes and about $8 to get there. I was amazed at how organised the concert was at the Gabba. You could only enter through your gate and there were so many entrances and exits.  You can also check out places to stay in Brisbane for more options.

The concert was meant to start at 7.30 and didn’t have an opening act but the atmosphere was so fun. Adele came on at about 8pm and was amazing from start to finish. She opened with Hello and the stage was in the middle of the stadium which was really cool because we were on the ground level and could see her clearly. It helped that she had 40 foot high screens showing during the concert.

I think the biggest surprise of the night was her announcement that she is married which is the big news that all the media outlets picked up.

“That feeling when you first fall for someone is the best feeling on Earth. I am addicted to that feeling. Obviously I can’t go through with those feelings because I’m married now.”

Here is the playlist from the night. What is your favourite song? Mine is Send My Love to your new lover.  Have you been to Brisbane Australia?  What’s your favourite thing to do there?

6. Water Under the Bridge