This was by far the best safari I did in Kenya at Lake Nakuru.  We saw rhinos, lions, water buffalo, giraffes and everything but the elusive leopard.  If you are keeping track that makes 4 of the big 5 that I’ve seen so far.  Don’t worry, I’ll have plenty of other safaris to go on to see the leopard. 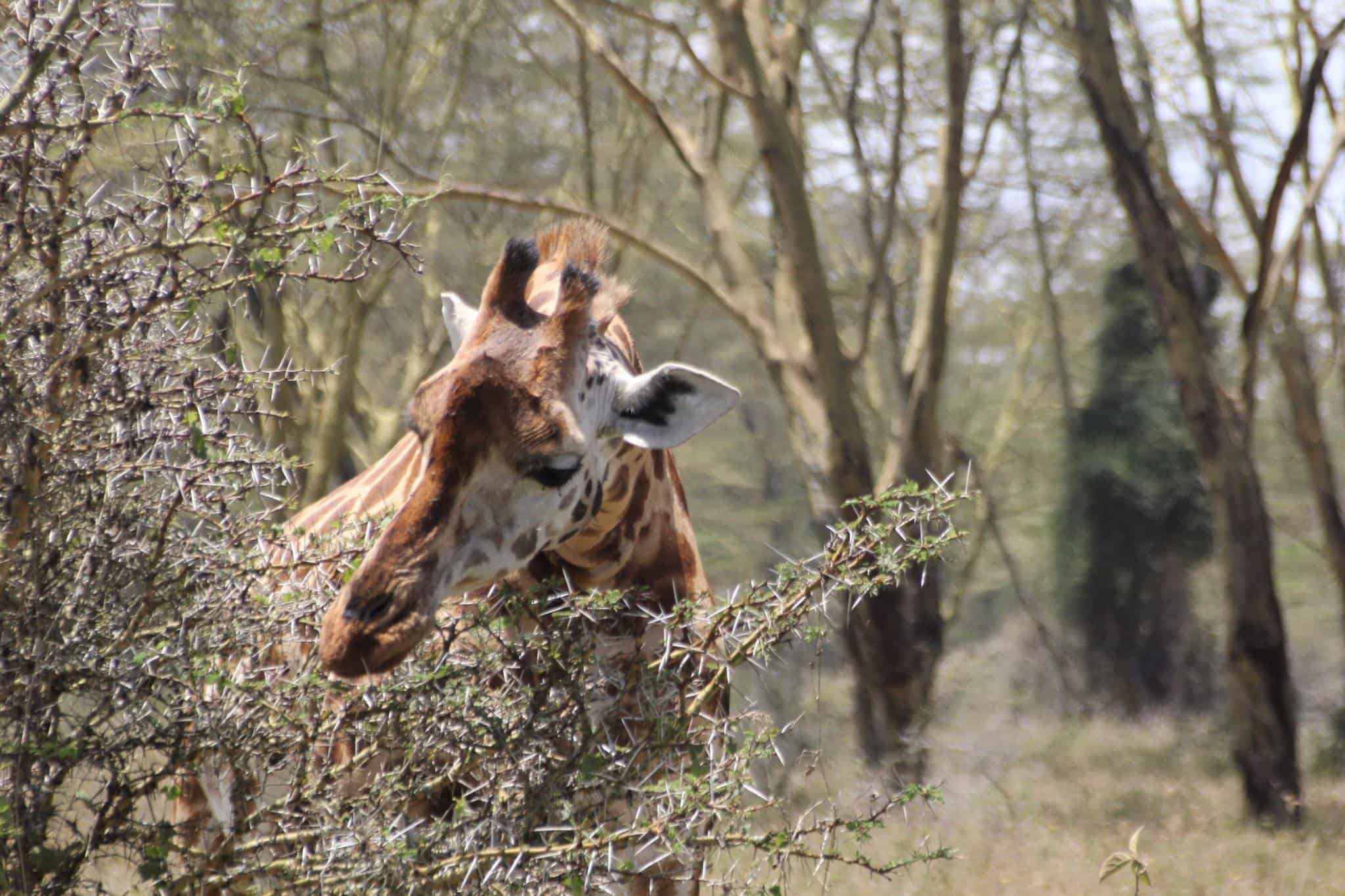 The highlight of the day was seeing six lionnesses in a tree.  Not all the same tree actually as there were three in one tree and three in another.  This was just after lunch and I have to agree with the lions….It was definitely time for a cat nap.  I could have sworn though that this one was going to fall out of the tree.

Check out my post on The 15 Safest countries in Africa to see where Kenya ranks!

We were able to watch the lions for awhile again.  We had a great view of them in the trees and there was one on the ground as well.  Claire was a bit worried that the one on the ground was only about two leaps away but I couldn’t focus on that.  I was busy taking photos and then just watching them.

Another highlight of the day was seeing the flamingoes.  The flamingoes come to the lake because it alkaline and there are lots of algae in there for them to eat.

I love watching the giraffes!  This time they are Rothschild giraffes.

This zebra was having a good roll in the dirt and enjoying himself.

And finally the rhinos.  We saw both white and black rhinos and about 10 of them in total.  Its a shame we couldn’t get any closer to them but they were resting and stayed there for quite awhile.

Now only the leopard left to see and they are by far the hardest to find.  Wish me luck!