Chile Facts you need to know 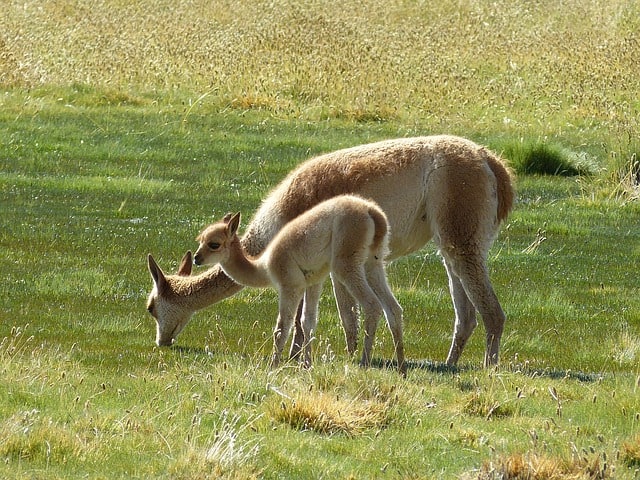 Chile was my 100th country and I enjoyed every minute of visiting this beautiful country.  Chile is one of the safest countries in South America.  Good food, great wine, great poets and more!

Check out my post on the 12 Safest Countries in South America to see where Chile ranks!

Santiago is Chile’s Capital.  Santiago is located in the center of a valley surrounded by the Andes Mountain range and just 2 hours east of the coast, lies Chile’s capital city, Santiago. 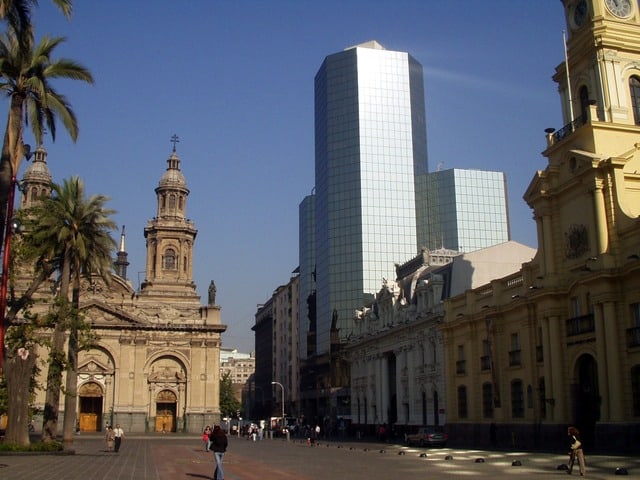 Not only is Santiago the capital city but it also happens to be the largest city with a population of over 6.7 million people. Santiago is also home to many landmarks in Chile which are all must-see, including the: 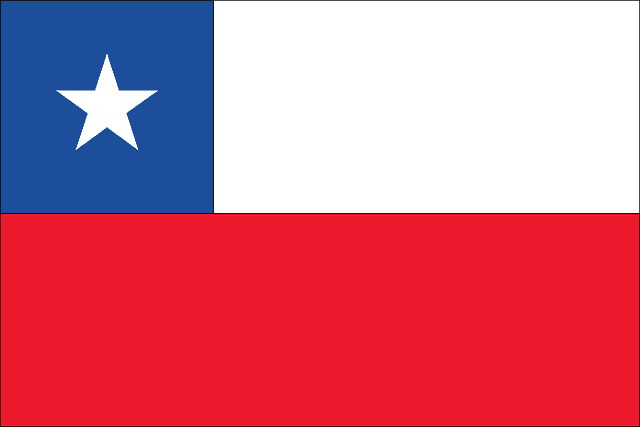 During these days of celebration, it is required through the law that citizens display the national flag. If the flag is displayed incorrectly, they can receive a fine of up to $300 USD.

The swimming pool at the San Alfonso del Mar resort in Algarrobo, Chile has officially been named the largest swimming pool in the world! 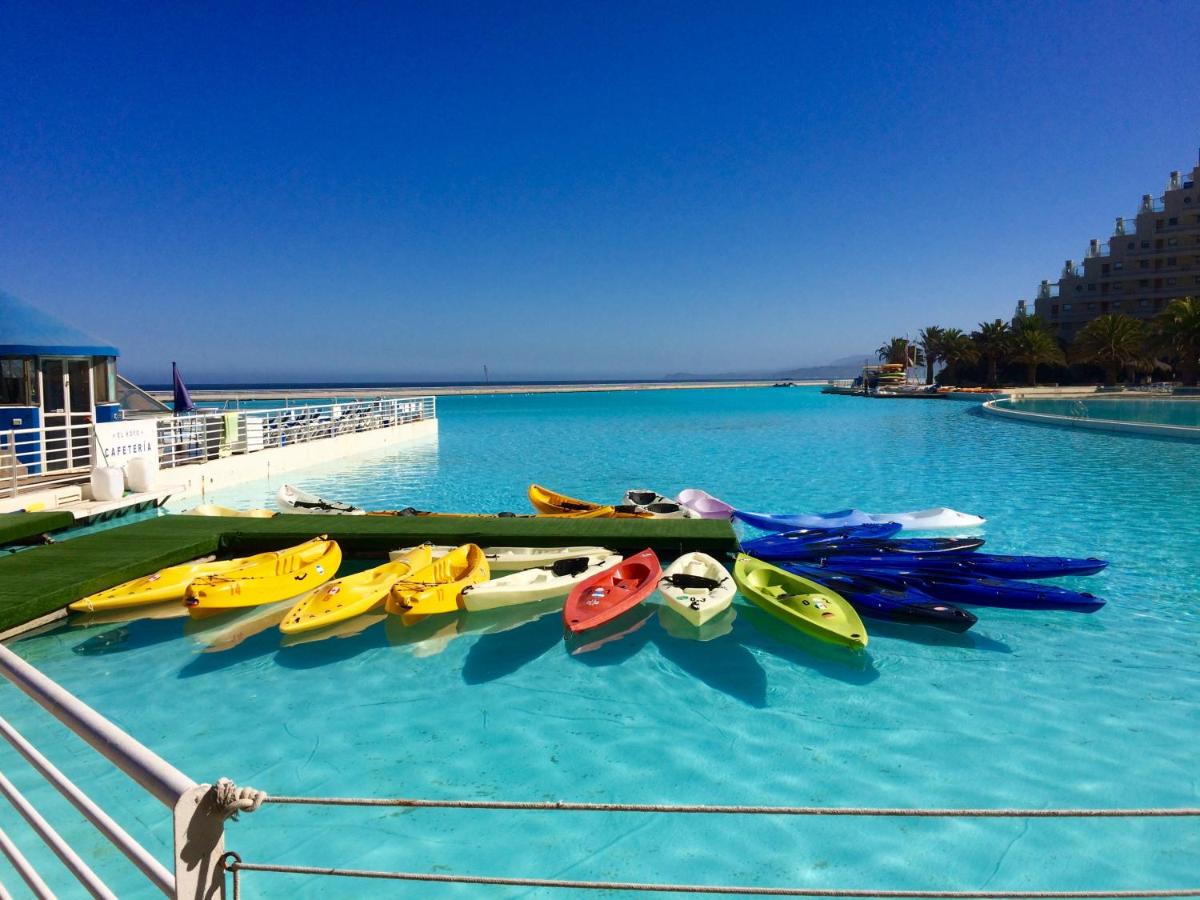 The pool has a length of over 900 metres, an area of 20 acres and the deepest end being 35 metres. The pool also holds almost 250 million litres of clear seawater.

You may want to experience the pool for yourself, however the pool isn’t open to the public and is only accessible to guests of the hotel. The total construction of the pool took around 5 years and cost a staggering $1.5 billion(USD)! The yearly maintenance cost is also pretty hefty, at around $4 million(USD).

4  The Atacama Desert in Northern Chile

The Atacama Desert lies on a 1,000km strip of land between the Andes mountain range and the Chilean coast range. 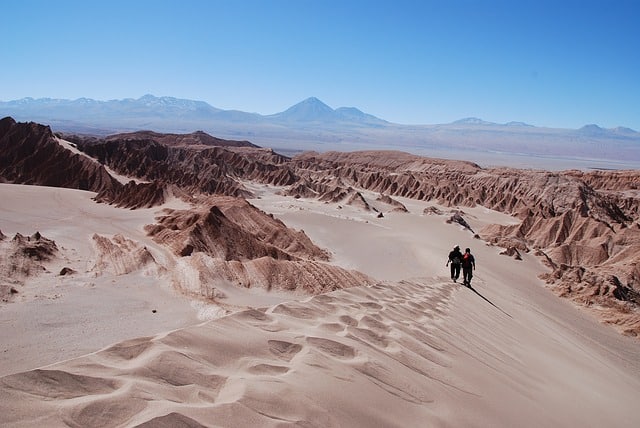 This location prevents any moisture from the Pacific Ocean reaching it, causing it to be the driest desert in the world. Parts of the desert have never even experienced rainfall making it one of the driest places on earth.

On occasion, there have been large rainfalls over parts the desert which occur once every few years. The aftermath of these rainfalls typically results in fields of wildflowers to bloom.

Chile is the 5th largest exporter and the 9th largest producer of wine. The first wine grapes were planted in Chile in the 1550’s and since then, some of the finest wine in the world has been produced in their vineyards. 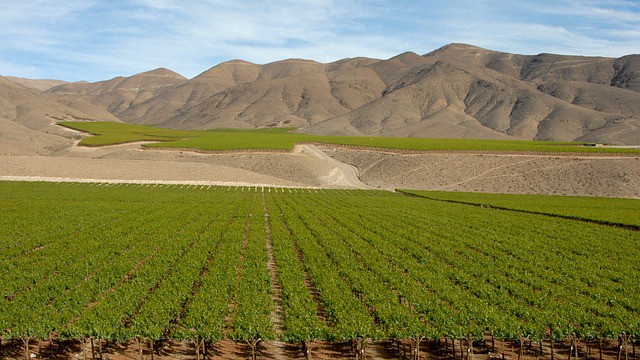 Chile has over 1,200 kilometres of viticulture valleys over 14 difference areas which collectively produce more than 10 million hectolitres of wine a year!

Easter Island is a remote volcanic island of Chilean territory located in the Polynesian. 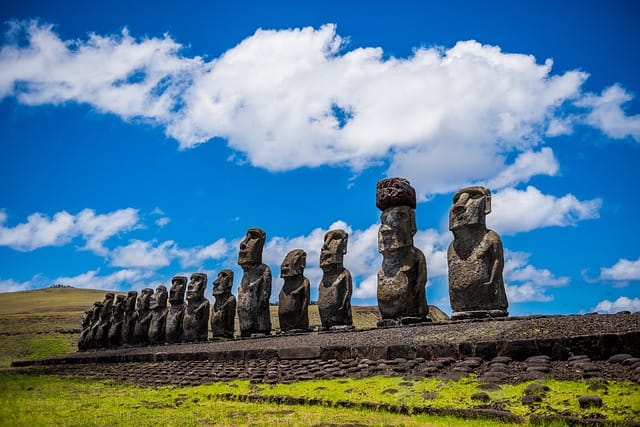 It is also often referred to as the “moai” island due to the almost 900 monumental statues called moai.

These monuments have been around for a very long time and were created during the 13th-16th centuries.

Easter Island is also home to the most remote international airport in the world, Mataveri International Airport.

The Andes Mountains in South America have over 1,300 volcanoes, and many of them are still active! 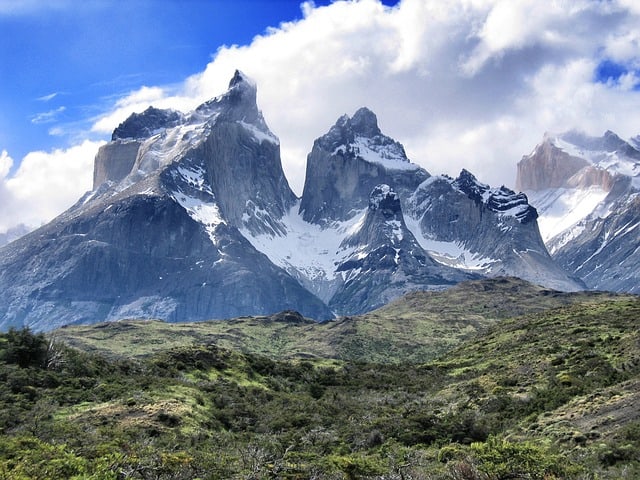 Cerro Arul, Cerro Hudson and Villarrica are all located within the mountain range and are three of the most watched historic active volcanoes.

With a total length of around 4,500 miles, the mountain range actually spans across 7 countries in South America – Venezuela, Colombia, Ecuador, Peru, Bolivia, Argentina, and Chile!

8  One of the Longest Countries and Coastlines in the World

Chile is one of the longest countries in the world with a total length of 4,270lm, this also happens to be coastline! So, unsurprisingly Chile has plenty of pretty fantastic and beautiful beaches.

Surprising to some will be the fact that the oldest mummies in the world are not Egyptian, but Chilean!

The Chinchorro people reportedly settled in the Atacama Desert in around 7,000 BC and had mastered the skill of mummification by around 5,000 BC! Around 300 mummies from this time are kept at the San Miguel de Azapa Archeological Museum in northern Chile.

A World Heritage Site is a landmark chosen by the United Nations Education, Scientific and Cultural Organisation (UNESCO) to have special significance in a cultural, historical or scientific form. These sites are protected by international laws and are big tourist attractions! Chile is home to 5 of them!

Within the Chilean culture, it is traditional for women to keep their maiden name, rather than changing it as per the tradition of many other cultures. Hence, in Chilean culture it is normal for people to have two surnames where their father’s surname comes first followed by their mothers’ family name.

In 2004, the Chilean government finally dropped the law forbidding their citizens to divorce and finally made it legal.

Due to many women experiencing domestic abuse and many marriages being unhappy, this resulted in a floodgate of divorce filings following the law changes. Although, Chile still remains to have one of the lowest divorce rates in the world.

13  The Biggest Earthquake ever registered

The biggest earthquake ever recorded on earth, with a magnitude of 9.5 hit Chile in 1960. The earthquake caused a series of tsunamis to occur which caused a large portion of the damages and deaths; resulting in 1,500 deaths and over 2,000 people to be homeless.

Earthquakes are a common occurrence in Chile, with around 8,000 that happen daily! However many of these are so small that they’re not felt. Although, on average there are around 18 major earthquakes that occur each year.

14  Chile is perfect for Astronomy

Astrologers from all over the world flock to northern Chile to star gaze. With very low light pollution, dry desert atmosphere and over 200 nights of clear skies a year, Chile is perfect for anyone who wishes to spend their nights star gazing.

To make it even more appealing to both professional and amateur astrologers, Chile is one of the only places in the world that provides a perfect sight of the beautiful southern sky.

Chile is often referred to as the country of poets due to the numerous renowned writers including two Nobel Prize winners for Literature, Gabriela Mistral in 1945, and Pablo Neruda in 1971. 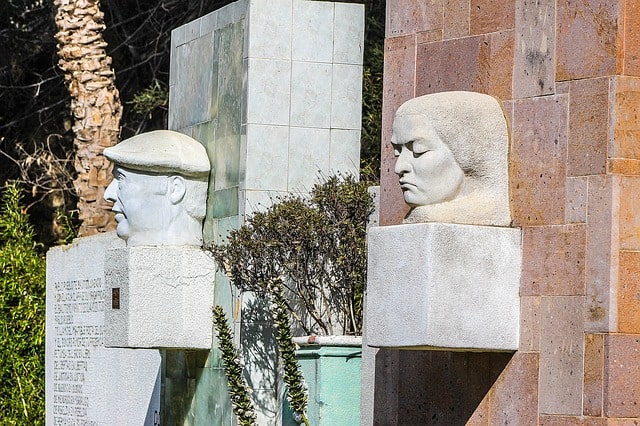 Due to the clear skies, Chile is not only a popular place to star gaze; but also, a common place to see UFO’s. Chile has among the highest rate of alleged UFO sightings than any other country in the world. Due to the large number of UFO sighting, the Chilean government have partnered up with a UFO group and help fund UFO research.

In 1962, Vina del Mar, Chile was chosen to host the FIFA Soccer World Cup. To mark the occasion, the city decided to create a beautiful botanical clock, that over 50 years later is still blooming and ticking! 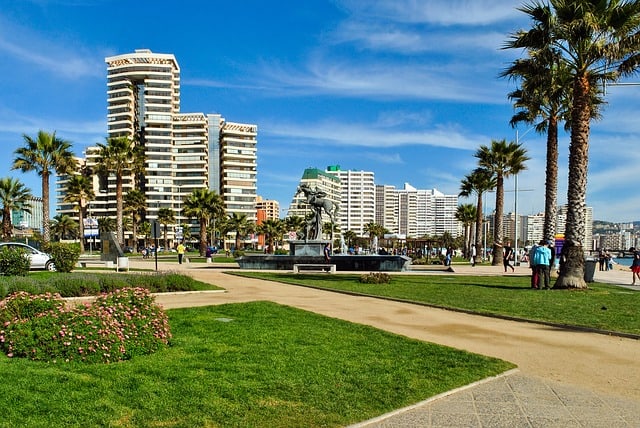 Over the years, the clock has been vandalised and damaged due to trees falling however, the city continues to take care of it. The clock mechanism was actually made in Switzerland and was shipped to Chile in anticipation of the sporting events where it was installed with the clock face, entirely made from flowers.

Did you know there are penguins in Chile?  Many people don’t know that penguins don’t just live in the arctic and cold regions of the world. 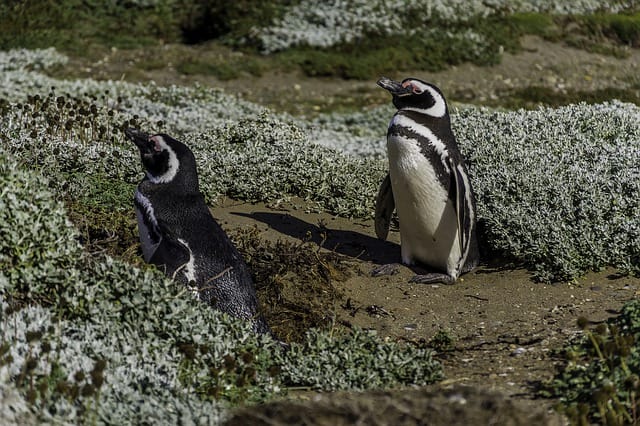 They can often be seen in many parts of southern Chile, relaxing on the beaches. Northern Chile is also home to the Humboldt breed of penguins, however, the majority of the country’s penguins do reside in the south.

Ready to get your wine freak-on?

The Winebox Hotel is entirely made from shipping containers and offers 21 rooms, all with panoramic views of the surroundings.

This hotel takes staying in a treehouse to the next level! Located in the central forest of the Patagonian Andes region. The hotel is seven stories and almost entirely made from wood. 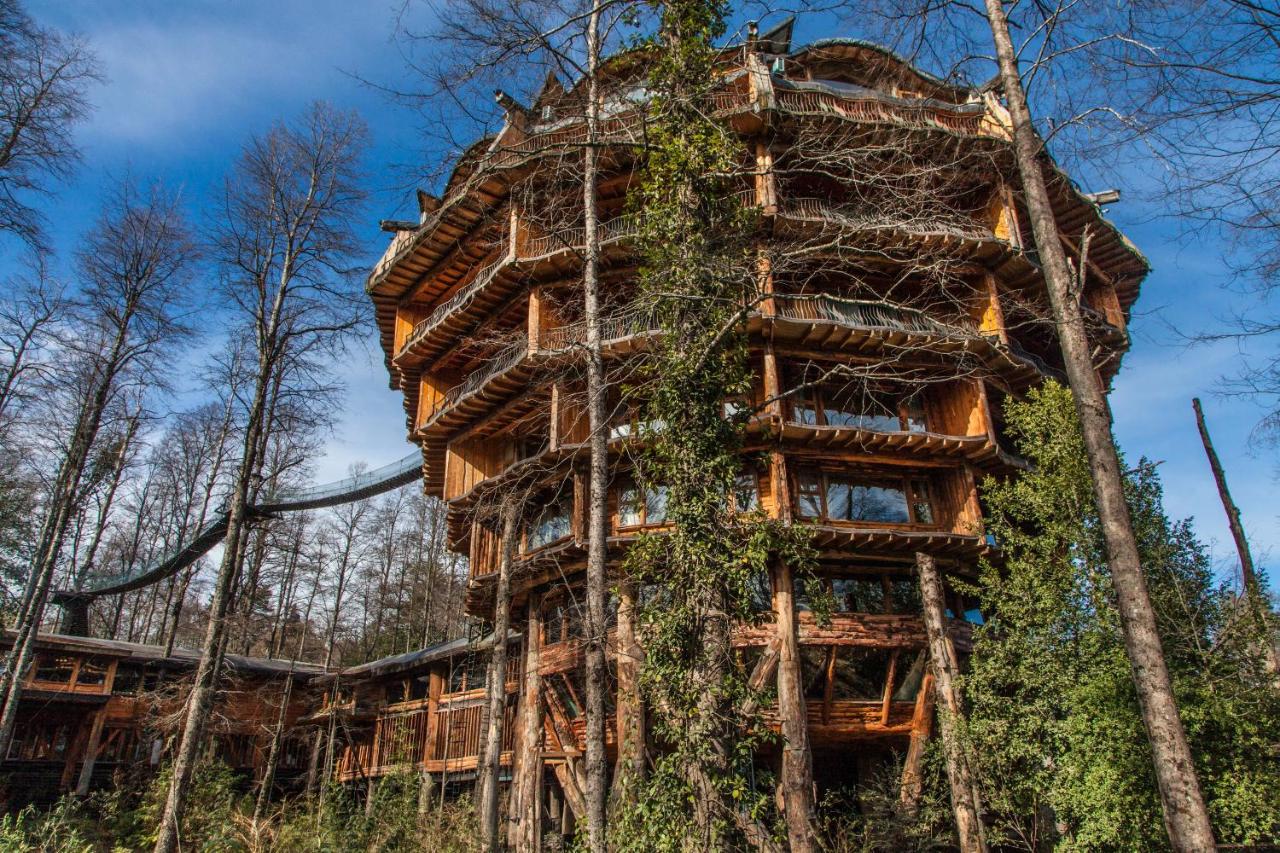 The center has an atrium that travels through all the levels with the hotel room located around this. All the rooms host floor to ceiling windows that provide views of the forest surrounding the treehouse hotel.

You can book to stay at this treehouse and it is quite reasonable as well!

Chile is an amazing place to visit and has quite a lot of interesting facts about Chile.

The safest country in South America, from mountains to giant pools to wine country.  Chile has it all!

I hope you enjoyed these facts on Chile! 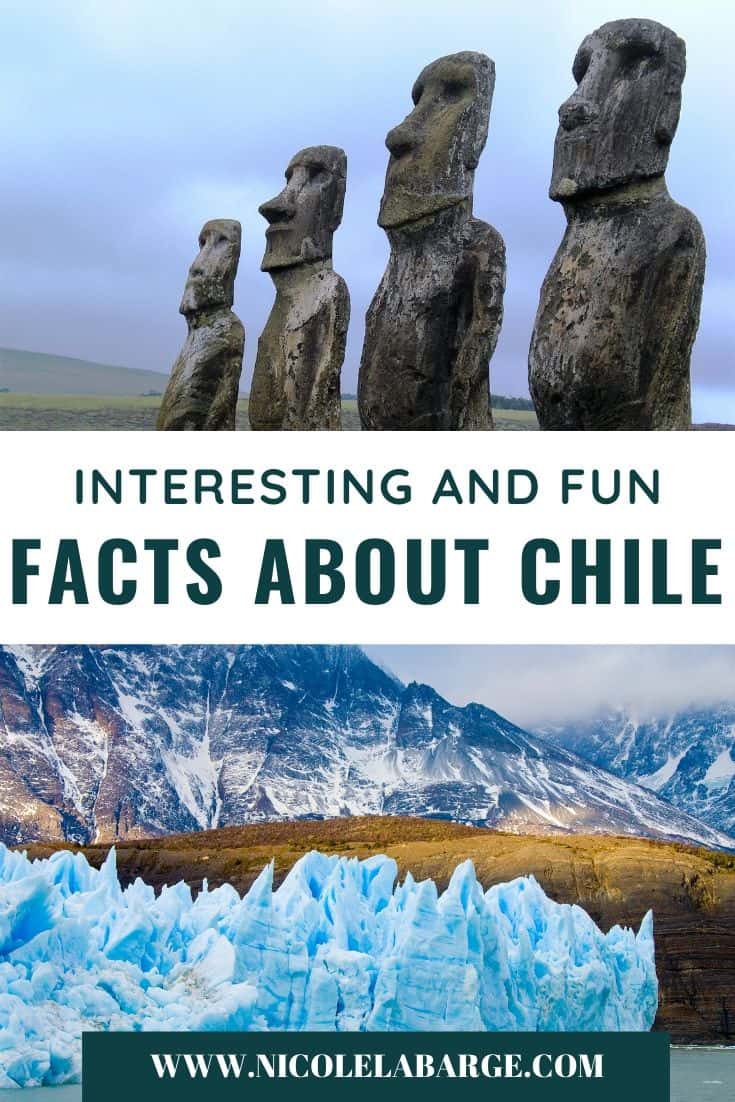 Quotes about the Journey

Continue Reading
link to 15 Unique and Best Airbnbs in Portugal